An Incomplete List of All the Things I'm Going to Miss When the World is No Longer:

An Incomplete List of All the Things I'm Going to Miss When the World is No Longer: is an electro-synth pop musical at the end of the world. Following a global announcement of the exact time Earth, as we know it, will cease to exist, a community of young queer friends and lovers decide the only reasonable thing would be to gather together for one last rager. This 80-minute musical invites you into a glance at the LAST PARTY ON EARTH --INTERWEAVED THROUGH a retrospective of cherished and tragic memories-- to celebrate and mourn the delights and deceptions of the human experience.

“...WHEN THE WORLD IS NO LONGER:, HAS THE WINDEDNESS OF A POST-ROCK SONG, AND ITS CREATOR IS RECKONING WITH SOME SIMILARLY WEIGHTY SUBJECT MATTER — DEATH, LIFE AFTER DEATH, EXPERIMENTING WITH HALLUCINOGENIC DRUGS — THROUGH A MIX OF DANCE, SONG, AND DIALOGUE.” - MAX MARIN

“AN INCOMPLETE LIST OF ALL THE THINGS I'M GOING TO MISS WHEN THE WORLD IS NO LONGER: is a script that I found engrossing and permeable. It's a play that I could visualize while reading and would be so excited to see what an artistic team and cast would create on stage. A play about death and the end of the world that truly subverts expectations. I laughed out loud, was moved emotionally and will continue to think about this beautiful work.” - Heather Meyer

AN INCOMPLETE GALLERY (get it?) 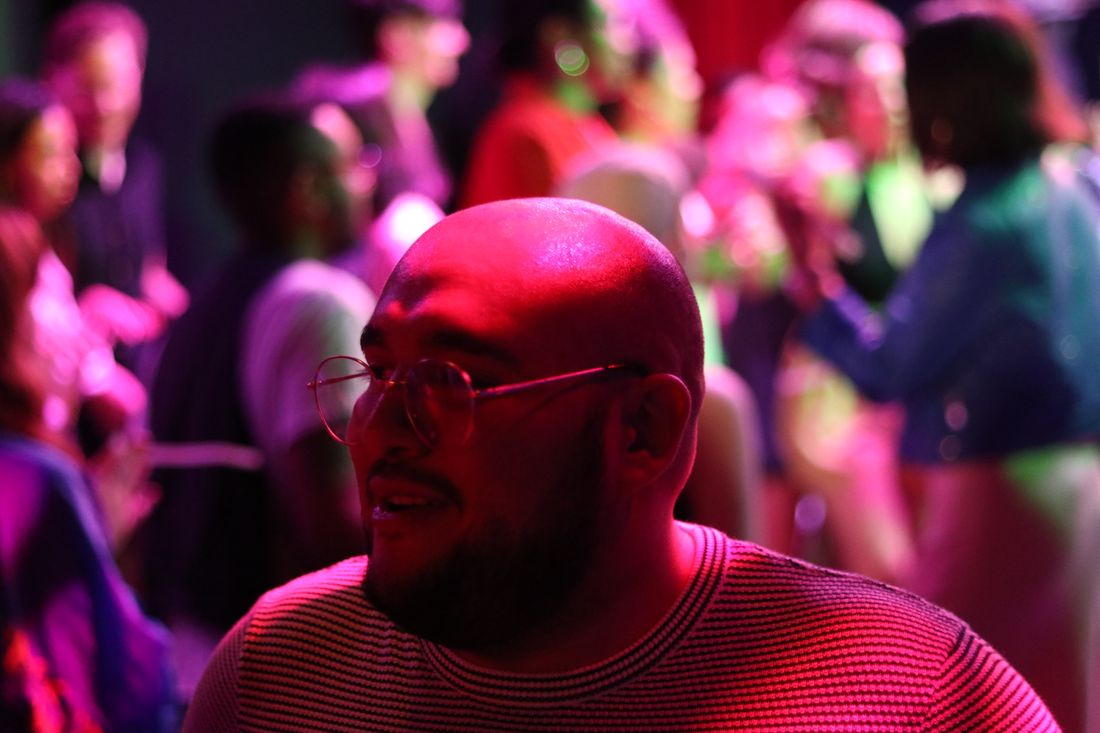 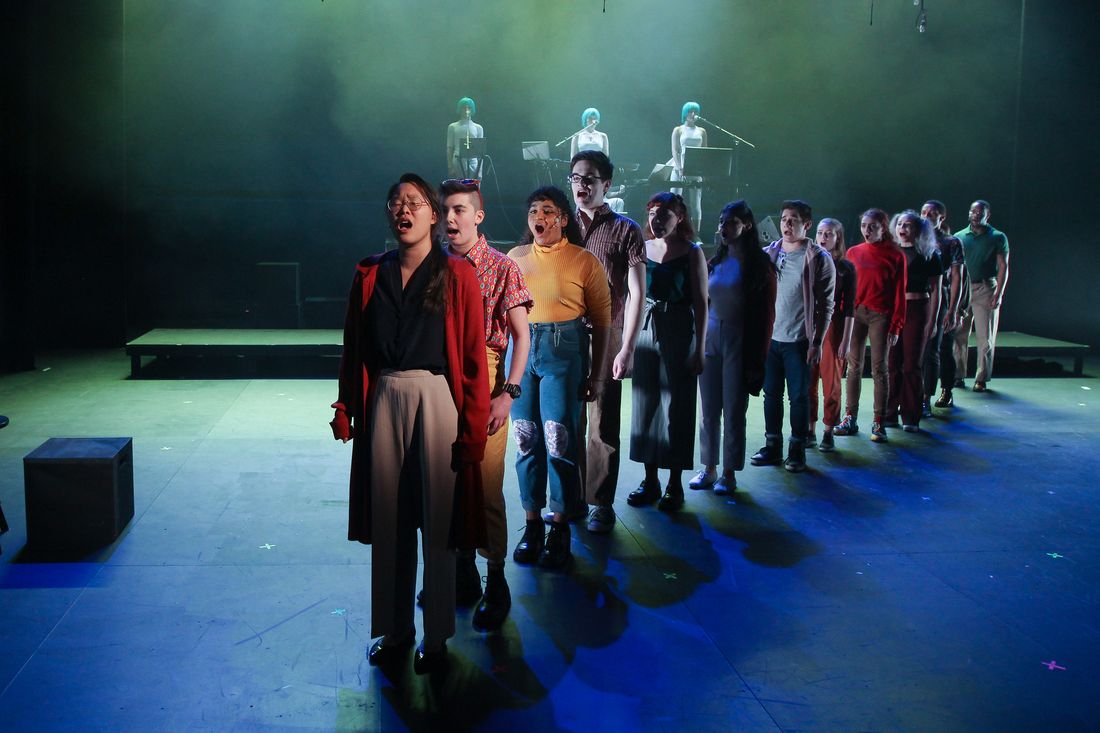 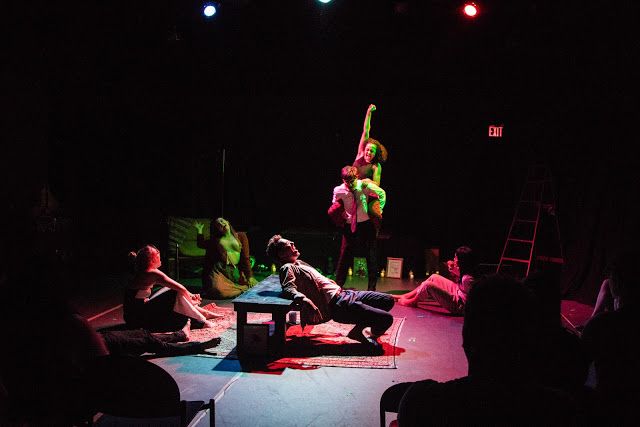 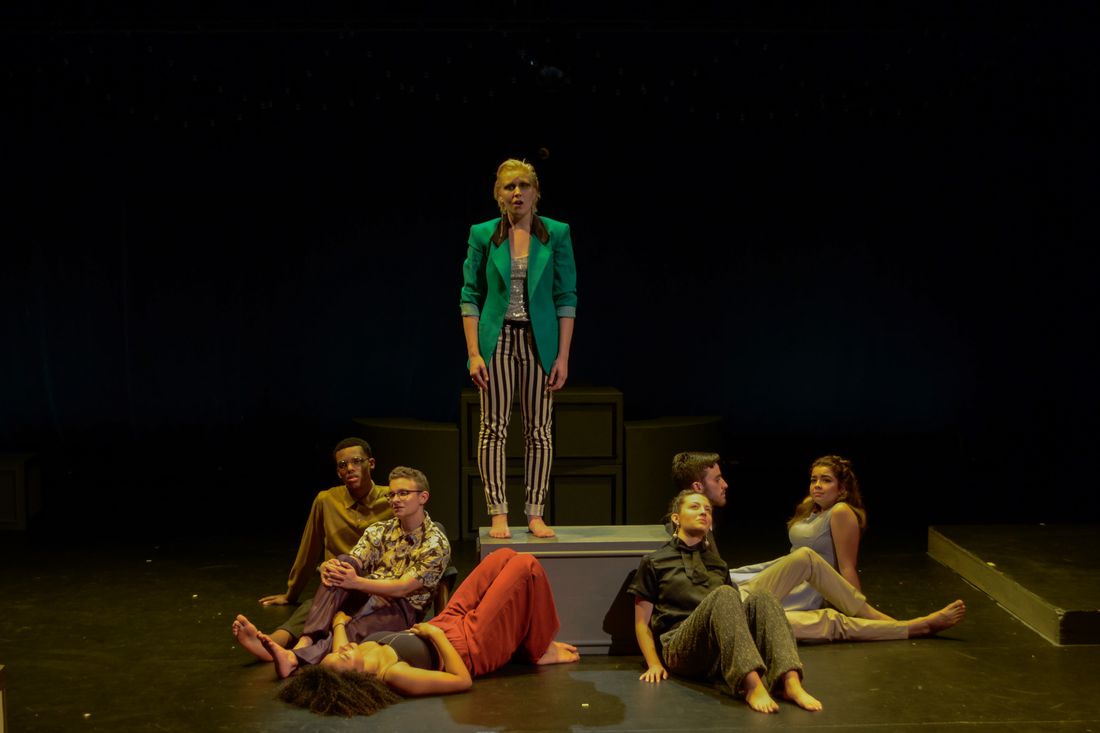 An Incomplete List of All the Things I’m Going to Miss When the World is No Longer: was first produced as a play with music in the 2017 Philadelphia Fringe Festival. It was performed to four sold out audiences in the Gershman Y Blackbox Theater, and produced with: Adrianna Lombardi, Madison Youngblood, Larry Barnes, Joshua Farner, Amy Smith, Daniel Jones, McKenna Kelley, Alyssa Batsakis, Jabari Banks, Matthew Donzella, Terran Scott, Marlee Gordon, Genevieve Farbe, and Max Van Kooy. With Special Thanks to: Meg Walsh and David Howey. It included additional music and lyrics by Marlee Gordon.

The musical was then put into workshop and development at The University of the Arts. This week-long workshop was developed with: Garrett Allen, Rebecca Thomas, Cameron Farrell, Emma Pillow, Kashmir Autumn Reed, Briana Gause, Marlee Gordon, Matthew Donzella, Devon Lynch, and Zac Bacarro.

Amidst the 2020 pandemic, ...When the World is No Longer: was showcased as part of New York Theater Barn’s New Works Series. The showcase featured an interview with Joe Barros, Jen Sandler, and collaborators Lyell Hintz and Dante Green, with performances of songs from the show by Laura Galindo.

In the Summer of 2021, ...When the World is No Longer: was produced once again for an invited industry showing at The Tank’s 98-Seat Theater in New York City. This production featured Dante Green reuniting with Garrett Allen as co-directors, with Lyell continuing as the Projections Designer, joined by Paige Seder on Lighting Design and Danielle Boss on Stage Management. The cast included: Michael Seare, Sandile Mhlaba, Rhetta Mykeal, Achilles Mulkey, Grace Dumdaw, Jabari Banks, Mina Marcelino, J Ragland, and Allie Vazquez. The production was unfortunately postponed due to COVID-19.

From January to March, 2022, An Incomplete List of All the Things I’m Going to Miss When the World is No Longer: was developed further and produced as part of the 2022 Mainstage Season at Point Park University. The production, which was temporarily postponed due to COVID-19 and officially mounted in April 2022, was directed and music directed by James Cunningham, and featured Adam Levine, Alexandra Kinsley, Angela George, Austin Dunn, Blake Novy, Calli McIntyre, Calvin Cich, Chloe Chamberlin (who also was the student choreographer), Claire Ferguson, Haley Holmes, Heather Poland, Jacob Miller, Katerina Damm, Koby Fink, Maggie Clark, Noah Tobery, Shae-Lin Carr, Trevor Dodge, Zoe Gonzalez, and Will Cobb.

An Incomplete List of All the Things I’m Going to Miss When the World is No Longer: is a musical with Book, Music, and Lyrics by Dante Green.